Signed copies available for just $30 each including shipping to anywhere in the US.

Or pick up both volumes for $50

Books also available on Amazon in Kindle or paperback.

STEP INTO THE WORLD OF P.A.W.S.


This is the story of Miri, a  young Jewish-American girl who feels lost and alone. Her grandmother, with whom she lived her whole life, is suddenly gone and, along with her, the family secret. Miri is uprooted from New York to St. Louis, thrust into a boarding school, and abandoned.

Tortured by bullies, Miri is shocked to discover a hidden power that she possesses, one that can save her… but certainly makes her life a bit more complicated. After she is befriended by Josh, and others with the same strange, magical powers, her history and her very life are defined by the tenets of P.A.W.S., the Partnership for Animagi,
Werewolves, and Shapeshifters.

Signed paperback copies of  P.A.W.S. available for US residents for $15 including shipping.

Or signed hardback copies of P.A.W.S available for US readers for $30 including shipping.

Or pick up a copy on Kindle today! 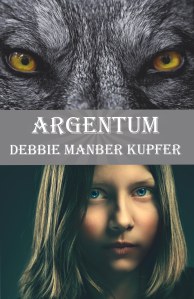 Argentum is the thread that binds all magic . . .

The death of Alistair has brought a measure of peace and calm to those at P.A.W.S., but his silver charm remains in Miri’s possession and it seems to almost have a life of its own.

Nightmares and questions torment Miri until the charm mysteriously disappears and Jessamyn seeks help from Quentin, who claims to have repented his past association with Alistair. But can he be trusted?

And what of Jenna, a young girl once held captive by Alistair who carries a terrible secret—a secret that could determine the future of P.A.W.S.

Step into the Shadows of Umbrae …

Miri’s world at P.A.W.S. in St. Louis is falling apart. First, Danny is accused of stealing her opapa’s charm. But before he can defend himself, he mysteriously disappears. Miri seeks Josh for help and advice, but he too has gone missing.

Then Lilith has a vision – Miri dragged away by wolves. Miri needs answers, answers that she feels sure are hidden in the blank pages of the book of Argentum.

With the help of Lilith, she travels to the ancient city of Safed. There, with the aid of a mystical rabbi and an outspoken werecat, her omama’s story is slowly revealed. And Miri uncovers something else, a world hidden deep beneath our own – the labyrinth of shadows also known as Umbrae.

Signed copies available for $17 including shipping (US only)

Or pIck up your copy today on Amazon

“The pea soup has spoken,” said Caradog. “You are destined for Londinium.”
“Londinium?” asked Miri.
“It was the ancient city from which London sprang. The P.A.W.S. Institute of Londinium is the oldest in the world. It started before the city of today existed and straddles the old and the new. Unfortunately, today it is run by a fool.”

Join Miri as she continues her journey through Umbrae and Londinium with the help of werecats, wild warlocks, an old dog, a duck, and a whole lot of pea soup.

The P.A.W.S. Saga continues with Londinium.

Pick up a signed copy of Londinium today for just $20 including shipping anywhere in the US.

Follow the Cotula. The stone will show you the way.

Rifka is lost, far away from home. Kidnapped by an insidious werewolf.
Far off in Manus Wu, a plan is set in place. An Old One sends colutae out into the world. These stones when brought together have the power to release Rifka. Yet does she truly want to go home?
Meet an empathic goat, a family of otters, a girl who loves to draw fairies, and a dragon in this new installment of the P.A.W.S. Saga.

Pick up a signed copy of Cotula today for just $20 including shipping anywhere in the US.

Jenny has been painting fairies her whole life, but now a new fairy has emerged, one with wings of pure silver. She wishes she could share this new fairy with Jamie, but Jamie has disappeared and Jenny is worried.
Sandy is also worried. Her weather magic is out of control and she is taunted by a storm that whispers its name to her – Jhara.
Deep inside the bottle, the spirit of Jhara waits. She hates this form and detests her creator who has trapped her in there. It was not fair. You cannot create a storm and then trap it in a teacup. That worked only in idioms. And this was Jhara’s life.
The P.A.W.S. Saga continues with Jhara.

Pick up a signed copy of Jhara today for just $20 including shipping anywhere in the US.

“It’s not anywhere as far as I can tell—a legend, a fairy tale, a place stuck outside of time. It is everywhere and nowhere. The beginning and the end and all the places in between.”

Travel to the lost village of Manus Wu and encounter an old witch, an avian magician and a distraught silver fairy. All must play their part in the seventh installment of the P.A.W.S. Saga.

Preorder your signed copy today for just $20 including shipping to anywhere in the US.

Or preorder on Kindle.for a special low price of 2.99

All covers and book trailers were created by Rachel Bostwick.

For bulk orders and overseas orders please contact me.