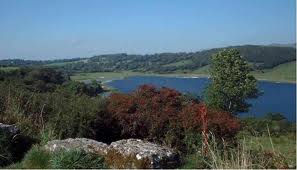 Happy St. Paddy’s Day. In Argentum I take the readers to Jessamyn’s ancestral home on the isle of Inis Fraoigh. It is here that Jessamyn grew up with her mother, Cleona and here she first met Quentin.

She was just twelve years old when she’d met Quentin. She was still living at her parents’ home on Inis Fraoigh, a remote islet off the coast of Ireland. Her family had lived there for centuries and had passed on the magical arts from one generation to the next. Folks would travel from the mainland to seek out her mother, Cleona, for herbal remedies and spells.

Cleona was teaching Jessamyn. “Pay attention, Jessa,” she would say, “one day you will have to take my place as Healer. You need to learn the magical arts.”

Jessamyn was eager to learn magic, but frustrated with the slow pace of her mother’s lessons. Seeking out herbs and preparing them for potions was tedious. Jessamyn wanted to do “real” magic.

She’d begun to experiment when her mother wasn’t looking. She would go out onto the deserted beach and pick out an interesting rock or seashell. She found that if she concentrated, she could in turn replicate it. She would continue doing so until she amassed a whole pile of shells and rocks around her. Then she would form them into mini-fortresses, and not once would her hands touch the rocks and shells. But her elaborate constructions were just illusions. She learned quickly enough that if she lost concentration on her task, the illusion would simply melt away.

It was on such a day that she met Quentin. The fortress she was building was wondrous, the biggest and grandest she’d ever made. It reached a full six feet high and was covered with shells that sparkled like jewels. She stepped back from her work and smiled. She wished she could show her mother this. Maybe if Cleona saw how beautiful her illusions were, she would encourage her. But Jessamyn knew in her heart that that wasn’t true. Cleona saw no use for illusion; it was not a practical form of magic, she said, so was clearly a waste of time.

“Leave the illusions to the leprechauns!” she would say, “we have work to do.”

Jessamyn had stepped back to admire her creation when a large seagull had flown in from the sea and landed directly on top of her tower. Jessamyn stared at the bird; surely this was not possible. Her tower was merely an illusion; the gull should have sunk right through it, but here he was, perched like a sentry on its topmost spire. Her surprise at seeing the bird made Jessamyn lose her concentration, and the bird plopped down to the ground in front of her. She’d expected the gull to fly away, but it just sat there looking at her as if it was trying to work out if she could be trusted.

She looked closely at the bird and noticed a strange thing: around its neck it wore a chain of silver with a tiny charm attached. The charm depicted a bird with outstretched wings. It was beautiful, wrought in silver by the finest jeweler. Without understanding what she was doing, Jessamyn reached out towards it. The bird did not stop her and the charm felt warm to the touch.

Then slowly the bird began to change. Jessamyn stepped back and watched in wonder as its wings elongated and transformed into arms ending in pale white hands with long fingers. Its body stretched and formed a torso and its spindly legs and claws formed long human legs and feet. The gull’s eyes had been green and those did not change, but within minutes, in the place of the seagull, was a young man of maybe eighteen or nineteen with long dark hair and a mischievous smile.

Read more in Argentum – pick up your copy today! From Amazon or purchase a signed copy directly from me!