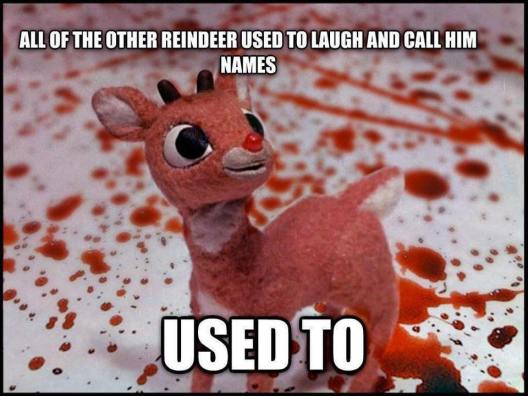 The holidays are just around the corner. Here’s a little tale written by me and my daughter Ronni. Enjoy!

Rudolf crouched behind the igloo waiting for his chance. He could see Blitzen in the distance on the other side of the snow bank. She was the last. Dasher and Prancer had been easy pickings. Vixen had taken longer. He had one poisonous dart left hidden in the recesses of his red, red, nose. Blitzen edged out and now Rudolf had a perfect line of sight. Pow, he sent the poison dart. It hit its target and Blitzen fell to the ground. The Reindeer Games were over. Rudolf was the Victor and he would get to guide Santa’s sleigh tonight! 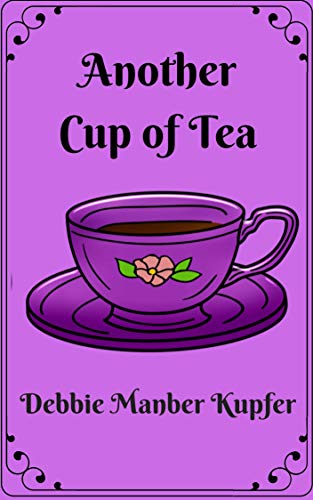