It’s here and it’s beautiful. My awesome cover designer Rachel Bostwick created a new kickass cover for Jhara (P.A.W.S. 6). The book will release on June 15th, 2020 but I really wanted to share the cover with you guys now. So here it is!

Isn’t it scrumptious? I love it.

So what is Jhara you may ask? Well SHE is a powerful storm and she’s super mad as she’s been trapped in a bottle and hidden away. Now she wants out and woe betide anyone in her way.

Preorder her story today on Amazon.

OR for a limited time pick up an ARC over at Story Origin.

Hi everyone the awesome cover of P.A.W.S. created by the wonderful Rachel Bostwick is in a Cover Wars contest this month over at Masquerade Crew.

Stop by and vote – it only takes a second and you can come back every day this month and vote again if you like. 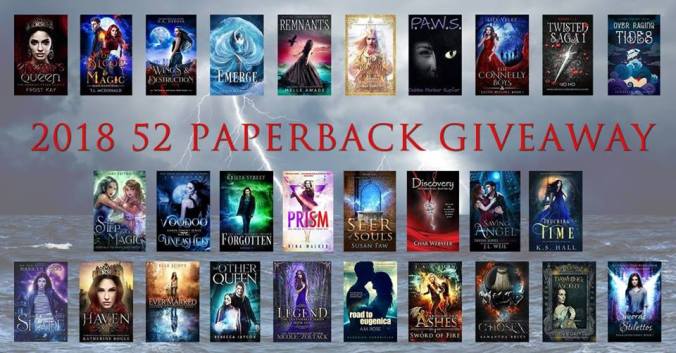 This story first appeared in the anthology, Heroes & Villains, and now is a standalone story, the first of an upcoming series, Tales from P.A.W.S.

This beautiful cover was created by the talented Rachel Bostwick.

“Maybe I am,” said Alistair, “But there are monsters worse than me in this world. You are lucky, Joshua; lucky you have me to protect you. I was not so fortunate.” Alistair took a long breath in and exhaled slowly, “neither was my mother . . .”

A short story from world of P.A.W.S.

Pick up your copy today!

Today on Paws 4 Thought I’m happy to host the YA Author Rendezvous blog blitz. YAAR is a group of like-minded authors who have to come together to share and promote YA literature. I am happy to be part of this group.

In this guest post Sarah Wathen, author of the catchpenny series talks about covers and cover art.

Woe to the author who has written her brain into knots, strangled her editor, and reworked her novel until she puked…who can’t find the right darn cover art. And if she could, would the perfect cover be worth $100,000 for her 100,000 words? My starving artist friends would say, “Heck, yes!” But many authors can’t afford to shell out even $1,000.

For me, it was a no-brainer, since my words and my artwork flow from the same creative well. I painted The Tramp long before I wrote it, and drawing the morphing figure for Catchpenny was just plain fun.

Angela Caldwell is also a photographer, so she had the chops to pull off a great book cover. Her own father created some of the artwork, which made it even more special to her, because of the father/daughter relationship in her novel.

For Lauren Mayhew, it was about the entire package: “I wanted my book to be all my own creation, especially as it’s self-published.”

Debbie Manber Kupfer feels privileged to use her late father’s photographs of Jerusalem in her cover art. “My dad passed away before I became a published author and the difficult time of my life after his passing is talked about in my memoir, The Big C.”

Jason Latshaw worked with an artist friend to produce exactly what he needed. He created a photo mock-up and directed how his monsters should be drawn, as the terror that lurks below the clouds.

Veda Stamps hosted a competition on DesignCrowd for the artwork and then used her own graphic design skills to finish the job.

T.D. Shields designed her first, but needed an artist for her second book cover. “I think it’s important to have a really attractive, professional-looking cover in order to catch people’s attention, so I was willing to put out the money.”

Music to any starving artist’s ears! Though maybe hard for the struggling author to stomach, we aren’t strangers to paying it forward. Whatever it takes for that picture worth your 100,000 words!

Written by Sarah Wathen, with plenty of help from her friends in Young Adult Author Rendezvous! Sarah works as an artist and author in Florida, with her husband, son, and about a dozen imaginary friends from her books, The Tramp and Catchpenny, both released in 2015.

Enter the YAAR giveaway for a chance to win a whole host of prizes including an ebook of P.A.W.S. and an audio book of Will There Be Watermelons on Mars?!