As most of you know I wrote both P.A.W.S. and Argentum originally as NaNoWriMo books. I’m not alone. A ton of wonderful books started off as NaNo projects like this one by D.R. Perry …

It’s November and that means it’s NANOWRIMO. To celebratemy first Nanowrimo novel, Zero Repeat Foreverbeing on the way to publication by Simon & Schuster I’mfeaturing many published or soon-to-be-published Nanowrimo novels over the month of November.

Today’s featured novel is A Change In Crime, which D.R. Perrywrote during NaNo in 2013.

Here’s a bit about the novel: 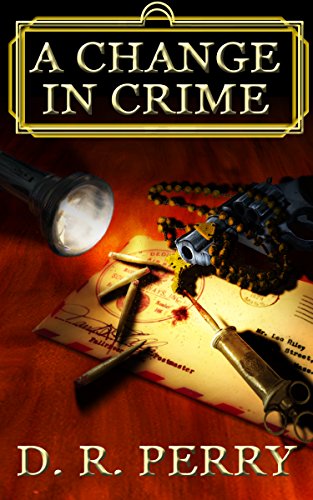 In November of 1929, the last autumn leaves started a domino effect in Fall River. At a time when most give thanks, others lurk at society’s fringes, waiting for a shot at revenge. Power. Redemption.

A Mafia hit leaves Leo Riley homeless and at the mercy of Oguina, a powerful monster under an ancient curse. A hunter with skin in this game stalks the streets, playing cat-and-mouse with the creatures he’s sworn to eliminate. The capo di tutti capi with a secret gazes into a moral abyss, threatening to take…