Camp NaNoWriMo is upon us and this month I’m determined to finish the first draft of P.A.W.S. 3. I was delighted a couple of days ago when an old friend reappeared in my story. Like with children if you’re a writer you’re not supposed to have favorites, but yet we all do, and one of mine is the old Welsh magician Gromer the Green.

It took three days for Max and Gromer to gather the ingredients. The bogwump toenails were particularly challenging. They hunted the creature down to a dank cave about five miles away from Gromer’s castle. They watched him prepare for bed, combing his shaggy green locks, brushing his pointy blue teeth and finally laying down on his bed under an enormous blanket with pictures of gnomes on the side. But he couldn’t sleep, he toss and turned, getting up several times to relieve himself on a huge chamber pot that sat in the corner of the cave.

Finally as the bogwump settled under his blanket for the umpteenth time, Gromer crept on and hands and knees and sitting just inches from his large protruding ears starting singing. He sang a haunting Welsh lullaby, which as Gromer would explain to Max later, he had learnt from his mother. “Ya, my mammy would sing me that song on nights when I couldn’t sleep because I’d eaten too much pea soup.”

By the time Gromer had finished the second verse, the bogwump was snoring. Gromer beckoned Max forward and together they gazed at the small creature with the impossibly large feet. The feet stunk like aged gorgonzola and Max gagged several times as he gave the bogwump a pedicure. 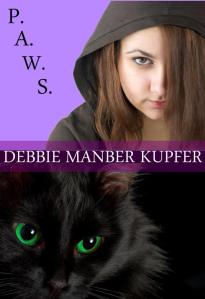 2 thoughts on “The Perils of Potion Making”