I am a 28 year old software developer by day. I served in the Air Force for four years, which gave me an easy springboard into my career field, even though I wasn’t (and still am not) finished with my four year degree. Given my recent interest and moderate levels of success with fiction writing, I don’t know if that degree is ever going to get finished. I would love to be able to transition into writing as my career, even if some of it has to be more mundane work than fiction writing.

I like reading, traveling, board games, backpacking/hiking, and scuba diving to name a few things. I have been to all 50 US states and several countries so far, with a near infinite list of destinations I want to visit.

Tell us about your story in Fauxpocalypse. How did you come up with the idea?

I was very interested in the idea of Fauxpocalypse for a long time before I got around to submitting a story for it, which had Misha grinding his teeth I am sure. Some prompts hit me right in my creative soft spot, and some stories have to be drug out kicking and screaming. “No Good Deed” was more the latter, but not as bad as some. I decided to grease the wheels for this story by leaning heavily on my own family for the characters and setting. How would we handle the near end, I wondered.

How realistic do you think the future you predicted in your story is?

I think it’s fairly realistic. Slow decline and eventually total collapse of basic services and amenities. Diminishing supplies. Closing up of extra-familial social circles. I think all of these are likely to happen given the scope of events depicted in Fauxpocalypse.

If you thought that the world was really going to end, what would you do?

That depends on the timeline I’m afforded. In Fauxpocalypse, the people on Earth (some at least) have two years warning. If I had that kind of time, I would probably travel to the top destinations on my list. I love to travel, and I don’t think that would change much given a shorter expiration date on my life.

I would probably finance these trips by racking up credit card debt. Obviously, given the setting in Fauxpocalypse, that could come back to bite me, but who’s working at the banks then anyway? Hopefully it all gets lost in the shuffle.

If the end was going to come suddenly, I would just enjoy quality time with friends and family. There’s little in my life that I feel I have been denied, so my final days would no doubt be disappointingly mundane from other people’s perspectives.

What inspires you to write?

Writing is just about the only creative pursuit for which I show any talent. I love to read, and I want people to enjoy my stories as much as I’ve enjoyed the countless stories I’ve read.

There’s also a bit of a challenge factor to writing that appeals to me. Composing a story that works is a little like being presented with a blank jigsaw puzzle, all mixed up, and drawing the picture on the pieces as you assemble them. It’s not always easy to get the pieces to fit together right, and even if they do, the picture can still be wrong, since you’re making it up as you go along.

Who are your favorite authors? What are currently reading?

My favorite authors tend to be more obscure than most people are familiar with. I am a big fan of niche British science fiction, so my two favorites are Dan Abnett and Aaron Dembski-Bowden. I am embarrassed to say I’m under-read on what are conventionally considered the “must read” books. I am working on remedying that now that I’m taking writing more seriously.

I always have multiple books I am reading simultaneously. Currently, I am reading The Stand by Stephen King, which is on hold so I can finish Misha Burnett’s Cannibal Hearts in time for our next writer’s group meeting. I am also reading an anthology of military time travel called Marching Time, and a book of poetry by Shane Koyczan called Our Deathbeds Will be Thirsty.

Tell us about the other stories you’ve had published?

So far I have had three short stories accepted and published in print, including my story in Fauxpocalypse. My first was “After Hours” in Spirits of St. Louis: Missouri Ghost Stories. I’ve always really enjoyed ghost stories, and being an open call from a local publisher, it was a natural fit to submit for that anthology. I was very excited to be accepted so early into my writing pursuits.

Shortly after learning that was accepted, I got word that my drabble “Shattered Dreams” would be included in 100 Worlds: Lightning Quick SF & Fantasy Tales. The idea of a 100 word science fiction story was too interesting of a challenge to pass up, even though that was a non-paying market, which I tend to avoid.

I have also recently had another flash fiction story accepted, called “Agent of Good.” The story is biblical speculative fiction set in the Garden of Eden, and should be released in January.

I am currently working on something of a thriller short story for an open call for a Facebook group’s anthology. I am afraid I’m not going to make the deadline on that, unfortunately, though I plan to finish the story as it should be easy to pitch to other markets.

After that I’ll be moving on to a horror story set in colonial South Carolina for another Facebook group project.

During and after those, I hope to focus again on my novel project that I flailed at some for NaNoWriMo.

Readers can follow and interact with me through several outlets: 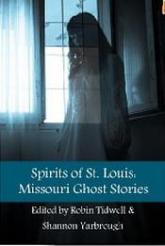 6 thoughts on “An Interview with Schevus Osborne”